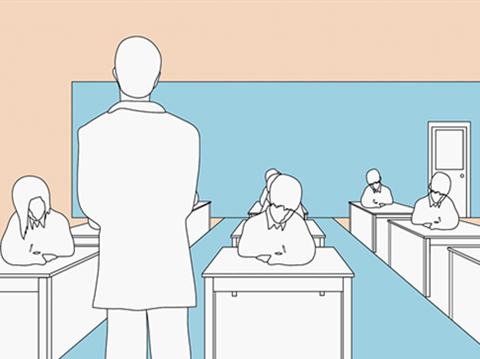 This Agenda is a plan of action for people, planet and prosperity. It also seeks to strengthen universal peace in larger freedom. We recognize that eradicating poverty in all its forms and dimensions, including extreme poverty, is the greatest global challenge and an indispensable requirement for sustainable development.

We are resolved to free the human race from the alleviation of poverty and heal and protect our planet.

We are determined to take the bold and transformative steps which are urgently needed to shift the world onto a sustainable and resilient path. The 17 Sustainable Development Goals and 169 targets which we are announcing today demonstrate the scale and ambition of this new universal Agenda. They seek to build on the Millennium Development Goals and complete what these did not achieve. They seek to realize the human rights of all and to achieve gender equality and the empowerment of all women and girls. They are integrated and indivisible and balance the three dimensions of sustainable development: the economic, social and environmental.

We are meeting at a time of immense challenges to sustainable development. Billions of our citizens continue to live in poverty and are denied a life of dignity.

There are rising inequalities within and among countries. Gender inequality remains a key challenge. Unemployment, particularly youth unemployment, is a major concern. Global health threats, more frequent and intense natural disasters, spiraling conflict, violent extremism, terrorism and related humanitarian crises and forced displacement of people threaten to reverse much of the development progress made in recent decades.Natural resource depletion and adverse impacts of environmental degradation, including desertification, drought, land degradation, freshwater scarcity and loss of biodiversity, add to and exacerbate the list of challenges which humanity faces.

Climate change is one of the greatest challenges of our time and its adverse impacts undermine the ability of all countries to achieve sustainable development.The Millennium Development Goals were agreed 15 years ago provided an important framework for development and significant progress has been made in a number of areas. But the progress has been uneven, particularly in Africa, least developed countries, landlocked developing countries, and small island developing States, and some of the Millennium Development Goals remain off-track, in particular those related to maternal, newborn and child health and to reproductive health.

Entrepreneurs in Silicon Valley, only half-jokingly, call it the URL strategy. The three letters usually stand for Uniform Resource Locator—the unique address of any file that is accessible via the internet. But in the world of internet start-ups, URL has another meaning: Ubiquity first, Revenue Later. This pretty much describes the strategy of most big online social networks, which over the past few years have concentrated on piling on users rather than worrying about profits.

That has allowed them to build huge followings, but it has also raised a big question-mark over their ability to make money from the audiences they have put together.And the issue is whether the social-networking industry can come up with a wildly successful form of advertising in the same way that Google has been able to make billions of dollars from the targeted ads that run alongside the search results it serves up. Without such a formula, runs the argument, social networks such as Facebook will never amount to much. Doubters claim that the networks face two big handicaps. The first is that people logged into social-networking sites are there to hang out with their friends, so they will pay no attention to ads. The second is that because the sites let users generate their own content, they will find it hard to attract advertisers because brands will not want to take the risk of appearing alongside examples of profanity, obscenity or nudity—or all three at once.

But the broader outlook for networking sites is more encouraging. One reason is that advertisers are being drawn to the leading sites by their sheer scale. Facebooks audience is bigger than any TV network that has ever existed on the face of the earth. Another thing that has attracted companies is the networks ability to target ads with laser-like precision, thanks to the data they hold on their users ages, gender, interests and so forth. Although there are still lingering concerns about brands appearing next to racy content, firms seem more willing to run this risk now that the networks advertising proposition has become more compelling.

In addition to advertising-driven business model, networks are already making healthy profits from sales of games and virtual goods. The beauty of this business for social networks is that the cost of producing and storing virtual inventory is minimal. Moreover, because these are closed markets, networks can fix prices at levels that generate fat margins. To some, the notion that big money can be made from selling make-believe items may seem bizarre. But the practice replicates the physical presents that people give to one another to cement relationships in the real world.